People are surprising and unpredictable. In the computer industry, you hear this in nearly every interview with the designer of a popular software package. For example, Perl originally was designed for network programming and text processing. This made it an obvious choice for Web programming, but Larry Wall certainly didn't know or expect that when he first wrote the language, years before the Web was invented.

Users of a software package almost always will push its limits. That's why some of the most successful and popular programs are those that encourage users to go beyond the author's imagination. In the early days of the software industry, such add-ons and plugins didn't exist, which meant that the only way to get new functionality was to lobby the authors and then hope the next release would include the needed features. In the world of open-source software, anyone is theoretically able to add new features, but between the generally small number of core developers and the famously loud debates that sometimes erupt, it can take surprisingly long to add a new feature. (And although it is always possible to fork a project, this has social and technical drawbacks that often outweigh the benefits.)

Some programs have a long tradition of encouraging add-ons. GNU Emacs is best known as a text editor, but it comes with a full-fledged version of the Lisp programming language. You can create just about anything you want in Emacs, and people have done so, including mail-reading programs, Web browsers and an extremely sophisticated calendar/diary. Photoshop caught on among graphic designers not only because of its powerful image editing features, but also because of the large number of plugins that were developed (and sold) for the platform. Microsoft Office, much as it might be reviled by many Linux and open-source advocates, became popular because of its built-in programming language (VBA), as much as for its built-in features. And, of course, the Firefox browser wouldn't be half as useful to me if it weren't for the half-dozen plugins that I have added to my software.

So, users push software to the limits, and software publishers have been able to make their offerings more useful by making it possible to extend their programs. How does this translate into an era of Web-based software? And, what does this mean to us as Web developers?

The answer is the increasingly ubiquitous application programming interface, or API. If you want your Web site to be taken seriously as a platform, and not just an application, you need to offer an API that lets users create, modify and extend your application. APIs are becoming an increasingly standard part of Web-based applications, but despite everyone's use of the term API, that acronym means different things to different people.

Starting next month, I'm going to look at the latest batch of APIs that sites such as Facebook are offering. But this month, I want to take a step back and consider the different types of APIs that software publishers offer. This is useful if you intend to extend, use and work with those APIs. Web development is increasingly a matter of tying together existing functionality from other sites, and understanding these APIs can be quite useful.

It's also important for Web developers to understand the nature of APIs. If you want to create the next Facebook or Google, you're going to need to create more than a winning product. You're going to need an ecosystem of developers and third-party software around your core product. One of the best ways to do this is to create and promote APIs, letting people use your application as a platform, rather than a standalone program. By looking around and seeing what others have done, we can get a better sense of just what the possibilities are and how we might use them.

In the beginning, when Tim Berners-Lee invented the Web, he imagined it as a read-write medium. But for most people who used the Web during the first decade, it was a read-only medium. You could view Web sites with your browser, fill out forms with your browser, and that was about it. There was no API for reading Web sites; if you wanted to read the content of a site programmatical-ly—for example, in order to create a searchable index of all Web content—you needed to create your own "spider" program, as well as teach it to take apart the HTML.

This changed in the late 1990s, when a number of developers (most prominently, but not exclusively, including Dave Winer) created RSS, standing either for really simple syndication or RDF site summary. In either case, the idea was to create a machine-readable, frequently updated summary of a site's contents. By checking a site's RSS feed, you could learn whether there had been any updates. More significant, RSS feeds were formatted in a standard way, with standard tags, making it fairly easy for programs to poll a feed and extract only the information they wanted.

Unfortunately, the term RSS became both the generic term for syndication and the name for several incompatible (but similar) formats for syndication. A separate group of developers created the Atom protocol, which many people believe is superior to all of the various RSS formats.

RSS and Atom are still popular today. The most common use of these syndication feeds is for blog and news updates, allowing users to keep track of which sites have updated their content. But, RSS and Atom can be used in other ways as well, providing a simple, reliable and machine-readable version of various types of data from a Web site. If you are looking to broadcast regularly updated data, RSS and Atom probably are going to be a good starting point.

For example, the well-known development company 37signals provides an Atom feed of recent activity in its Highrise contact management system. As helpful as it might be to look at your own feed, it would be even more helpful to aggregate multiple people's feeds into a single viewer, allowing, for example, a manager to get a sense of what (and how much) employees are getting done each day.

The idea that a Web site could provide a regularly updated, machine-parseable version of its content whetted the appetite of many developers for more. Many developers wanted a method to add and modify data, as well as retrieve it.

This came in several different forms, all of which still are used today. The first was XML-RPC, a simple RPC protocol that used HTTP to send an XML-encoded function invocation on a remote server. The server turned the XML-RPC request into a local function call and sent the result of that call (or an error message) in an XML-encoded response. The good news was (and is) that XML-RPC is simple to understand and use, that there are implementations in many different languages, and that they are generally compatible and interoperable.

At the same time, XML-RPC was unable to handle some of the more complex data types that people wanted to use. Plus, it didn't have the official seal of approval or complete standard that would have been necessary for it to enter the corporate arena. So, some of the original XML-RPC developers created SOAP (originally known as the Simple Object Access Protocol, but now an acronym that doesn't expand). SOAP is more sophisticated and complete than XML-RPC, but it had a great many issues with compatibility, implementation and complexity. Today, there are SOAP implementations for many languages, and it continues to be used in a variety of ways, despite some

Take a look inside the Linux® toolbox.

Artists, photographers, graphic artists and designers. In fact anyone needing a top-notch solution for picture management and editing. Set Your Photographic Creativity Free. Master Adobe Photoshop Once and For All - Create Flawless, Dramatic Images Using The Tools The Professionals Choose. Get My Video Tutorials and Retain More Information About Adobe Photoshop.

Get My Free Videos 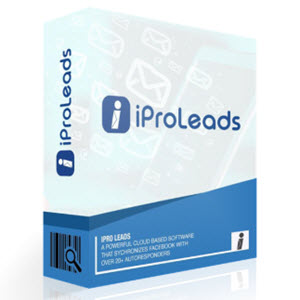