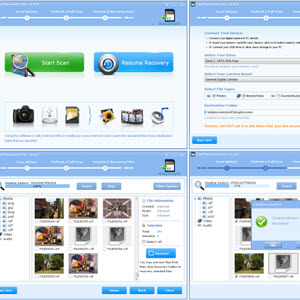 Full Backup A full backup contains all the files on a system, or at least all the files that are important. (Full backups may deliberately omit the contents of temporary directories such as /tmp, for instance.) If you perform only full backups, you can restore anything or everything from the system using just one backup medium or set of media; but such backups take the most time and consume the most media space.

Each backup type represents a different trade-off between backup convenience and restore convenience. All backup schedules include at least periodic full backups. Including incremental or differential backups (or both) in a backup schedule is usually beneficial. Precisely how often to perform each backup type is an issue that must be decided on a case-by-case basis, as described in the next section, "Creating a Backup Schedule."

Warning Incremental and differential backups store new files, but most backup programs don't record the fact that deleted files have been deleted. Therefore, a full restore from a complete set of backups may include more files than were stored on the system at any given point in time. (A very new backup program, Duplicity, http://www.nongnu.org/duplicity/, claims to record information on deleted files.) If disk space is tight, or if your users regularly create and delete very large files, be sure to consider this fact when designing a backup plan, lest you run out of disk space when you restore data.