Running Microsoft Office on Linux Cross Over and Wine

One of the primary concerns for new Linux users is what kind of access they will have to their Microsoft Office files, particularly Word files. The Linux operating system and many applications for it are designed to provide seamless access to MS Office files. The major Linux office suites, including KOffice, OpenOffice.org, and StarOffice, all read and manage any MS Office files. In addition, these office suites are fast approaching the same level of features and support for office tasks as found in MS Office.

If you want to use any Windows application on Linux, three important alternatives are the Wine virtual Windows API support, VMware virtual platform technology, and CrossOver Office by CodeWeavers. VMware and CrossOver are commercial packages.

In a terminal window, using the wine command with an install program will automatically install that Windows application on the simulated c: drive. The following example installs MS Office:

Though you may encounter difficulties in working with latest MS Office versions, earlier versions such as Office 2003 should not pose problems. When you insert the Office CD, it will be mounted to the /media directory using the disc label as its folder name. Check the /media folder (click File system in the Computer window) to see the actual name. You then run the setup.exe program for Office with Wine. Depending on the Office version, you may encounter more subfolders for the Office setup.exe program. The preceding example assumes that the label for Office is OFFICE and that the setup.exe program for Office is on the top level directory of that CD.

The install program will start up and you will be prompted to enter your product key. Be sure to use only uppercase as you type. Choose Applications | Wine | Programs | Microsoft Office and then choose the application name to start up the application normally. If you right-click a menu entry, such as Microsoft Word, you can choose Add Launcher To Desktop to add an icon for the application on your desktop. The application is referenced by Wine on the users simulated c: drive, such as the following for Word:

The Windows My Documents folder is set up by Wine to be the user's home directory.

Wine is constantly being updated to accommodate the latest versions of Windows applications. However, for some applications, you may need to copy DLL files from a working Windows system to the Wine folder .wine/drive_c/windows, usually to the system or system32 directories.

When you install new software, you first open the CrossOver startup tool, and then on the Add/Remove panel you will see a list of supported software. This will include Office applications as well as some Adobe applications, including earlier versions of Photoshop. From an Install Software panel, you can select whether to install from a CD-ROM or an .exe file. For Office on a CD-ROM, select CD-ROM, place the Windows CD-ROM in your CD drive, and then click Next. The Windows Office installer will start up in a Linux window and will proceed as if you were using a Windows system. When the install requires a restart of the system, CrossOver will simulate it for you. Once the software is installed, you will see a Windows Applications menu on the main menu, from which you can start your installed Windows software. The applications will run within a Linux window, but they'll appear just as if they were running in Windows. You can also try CrossOver for unsupported applications, which may or may not run.

Note Though Linux allows users to directly mount and access any of the old DOS or FAT32 partitions used for Windows 95, 98, and Me, it can mount NTFS partitions (Windows Vista, XP, 2000, and NT) with the NTFS, ntfs-3g, and the original NTFS project drivers. The ntfs-3g drivers support writing NTFS partitions and are installed on Ubuntu by default. 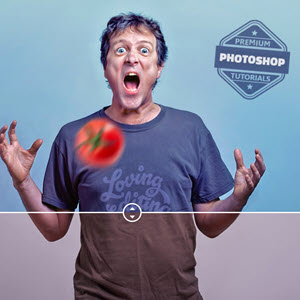