Running Microsoft Office in Linux with Cross Over Office 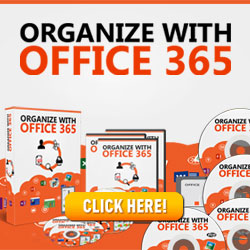 You probably have Windows and Microsoft Office installed on your PC. When you decide to install Linux on the PC, you can, for a price, continue to run the key Microsoft Office applications from the GNOME or KDE desktop. The convenience of running Microsoft Office in Linux comes in the form of a commercial product called CrossOver Office.

CrossOver Office uses Wine —an open-source implementation of the Windows Win32 and Win16 application programming interfaces (APIs) using the X Window System and designed to run in UNIX and Linux systems. Wine includes the Wine loader and WineLib. Wine loader can load and run Windows applications. WineLib is used for compiling and linking Windows applications in Linux. Wine is available free of charge from www.winehq.com.

This Report Will Show You How To Make Money By Providing Writing Services To Other Internet Marketers. Learn how to make money by writing the right way. Grab your copy of this report now and learn. Why writing is a great way to earn money. How to compete with cheap writers, even if you charge a lot more money.